Practice the basic dplyr functions and how they are used

Congratulations you've made it to Part 2 of the DPLYR series! In a moment you will be taken to Rhyme where a Virtual Machine with R, R Studio and DPLYR awaits. Once there you will begin the Project where you will be introduced to the Rhyme Interface and subsequently learn how to use the DPLYR verbs in a more advanced way by building on the foundation learned in the previous course. Come in, get experience using R and learn new ways to use the dplyr functions. By the end of this course, you will be able to: To practice the basic dplyr functions and how they are used To learn advanced features of the dplyr verb 'mutate' To implement the verb mutate over a data set in place of a 'for loop' To continue thinking in dplyr verb phrases (ex. filter, aggregate, and transform data) 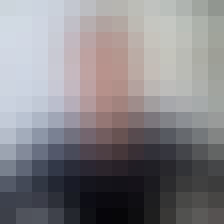 This project is very good for the beginners who want to learn data transformation using DPLYR in R.

this is a very great course with an awesome instructer