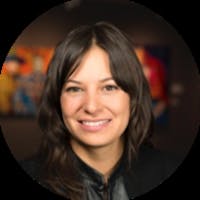 Candice Hopkins is a curator for documenta 14, and a citizen of Carcross/Tagish First Nation in Yukon, Canada. Her writings have been published by MIT Press, BlackDog Publishing, Revolver Press, New York University, The Fillip Review, Canadian Art Magazine and the National Museum of the American Indian, among others. She has lectured widely including at the Witte de With, Tate Modern, Dak’Art Biennale, Artists Space, Tate Britain and the University of British Columbia. Hopkins' collaborative curatorial projects include the exhibitions Sakahàn: International Indigenous Art, the National Gallery of Canada’s largest survey of recent Indigenous art and Close Encounters: The Next 500 Years, a multi-venue exhibition in Winnipeg, Canada on Indigenous futurism. At Western Front, she also curated Before the Internet: Networks and Art; The F Word (on feminism); Kits for an Encounter; Jimmie Durham: Knew Urk; and the first solo exhibition of Paul Chan in Canada. In 2014 she was invited to co-organize the SITE Santa Fe biennial exhibition. She has held curatorial positions at the IAIA Museum of Contemporary Native Arts, the National Gallery of Canada, the Western Front Society, and The Walter Phillips Gallery at the Banff Centre. In 2015, she received the prestigious Hnatyshyn Foundation Award for Curatorial Excellence in Contemporary Art.

Art of the MOOC: Experiments with Sound