In this one-hour, project-based course, you will learn how to use Unity's User Interface (UI) Toolkit's Auto Layout System to make the UI elements of your game present correctly on screens of any aspect ratio. This project covers adding Layout Controllers to and customizing each UI component in your game. The guided project will introduce you to the following Unity UI concepts: - Canvas Scaler - Rect Transform - Horizontal Layout Group - Vertical Layout Group This is Part 4 of a four-part series on creating a good-looking user interface for your game or other Unity application. Part 1 covered creating a screen overlay canvas for typical player-feedback such as health and score, while Part 2 showed you how to create world-space canvases to provide information and feedback on GameObjects in the environment. And in Part 3, we demonstrated how to create a settings menu. This is a stand-alone guided project, but because this is a continuation of previous parts in the "User Interface" series, it is recommended that you complete the first parts before commencing this guided project. This series makes use of the sci-fi-themed Unity project created in Create Power-Ups and Obstacles with C# in Unity. It compliments this guided project and, although not a prerequisite, is recommended for a more well-rounded understanding of the concepts presented herein. 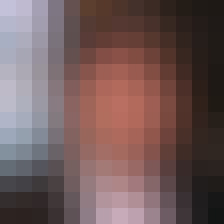