Create interactive components, including elements with hover states and the ability to toggle

Create clickable triggers to make your design cohesive and interactive

By the end of this project, you’ll be able to create high-fidelity prototypes for mobile apps. You’ll build your prototypes with Adobe XD. XD is a vector-based graphics design and prototyping program for websites and apps. This program gives you the ability to design multiple iterations of apps and webpages, all the way from wireframes to high-fidelity mockups. During this project, you’ll put together a high-fidelity design for a coffee subscription service. First, you’ll get used to navigating the XD workspace. Then you’ll add detail to a mobile screen size mockup. Next, you’ll create interactive components, including elements with hover states and the ability to toggle. Then you’ll bring it all together: create clickable triggers to make your design cohesive and interactive. Finally, you’ll test and share your work! By the end of the project, you’ll be comfortable creating high-fidelity prototypes that let you test and show off completed designs. 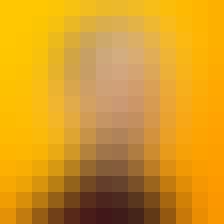