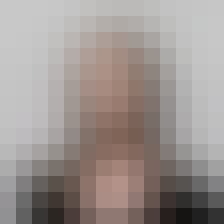 The University of Copenhagen is the oldest University in Denmark - founded in 1479, and with over 38,000 students and more than 9,000 employees. The purpose of the University is to conduct research and provide education to the highest academic level. Based in Denmark's capital city it is one of the top research institutions in Europe.

'The Seventh Seal', 'Persona' and 'Cries and Whispers' are just some of the famous films by the acclaimed Swedish director Ingmar Bergman. The third lesson focuses on issues of influences, themes and style in his films as well as on Bergman's importance for the modern art cinema. The fourth lesson deals with the internationally renowned ideas and films by the Danish director Lars von Trier: 'The Europa-trilogy'; The TV series 'Riget'/'The Kingdom'; 'Breaking the Waves'; 'Dancer in the Dark' and 'Dogville'; The Dogma 95 Manifesto; 'Antichrist', 'Melancholia' and 'Nymphomaniac' ...

Scandinavian cinema has a long history of strong documentary film making. The seventh lesson moves from the early documentary filmmakers to the contemporary – global and digital – scene for Scandinavian documentaries. Television drama is important for the Scandinavian public service broadcasters, but the notions of good television drama have changed remarkably from the early days of television up until today. In the eighth lesson we focus on the main tendencies in these developments from 1960 to 2000.

With 'Nordic Noir' such as 'Wallander' and 'Forbrydelsen/The Killing' becoming a 'brand' in the 2010s, some 'Scandi crime' series were suddenly of interest to international as well as national audiences. The ninth lesson focuses on Scandinavian television drama after the millennium and addresses some of the changes in the production framework that helped the series move from the national to the international realm. The tenth and final lesson discusses how to understand the contemporary Scandinavian film and television culture in a global and digital era. What might the transnational future bring?

(Please be advised that these lectures were filmed in 2014. Much has happened since then. We have put links about more recent developments in the resources.)

Impressive. learned a lot about scandinavian film history & about the greatest filmmakers - love from India

How better to spend your christmas holidays when you have the dreaded MANFLU?

This is the best Coursera course I have ever enrolled in never mind completed!

Excellent course, I really learned a lot and recommend it to everyone who studies film or for those who love cinema.

I learned a lot about Scandinavian Film and Television and I recommend this course to any future filmmaker/ film enthusiast or just any one who loves movies.