The American criminal justice system is in need of reform. We incarcerate too many people. We pay insufficient attention to scientific advances that can help separate out the most and least culpable and dangerous. We grant the police far too much power to use force and technological surveillance.

As a way of thinking about dealing with these problems, this course examines two over-arching issues: What should we do with people who have committed crime, and how should we identify who they are? On the first issue, we will look closely at the nature and causes of mass incarceration, the death penalty, the lawfulness and usefulness of preventive detention and risk assessment, and the role of the insanity defense and neuroscience in assessing responsibility for crime. On the second issue, we will explore the laws regulating the police use of force, the growing role of technology and big data in facilitating police surveillance and detection and deterrence of crime, and the remedies for police malfeasance, including the exclusionary rule and damages actions. The overall goal is to help thinking individuals assess today’s criminal justice system and consider ways of making it better. After completing this course, participants should be able to: 1. Describe the mass incarceration problem in the United States and why it might exist; 2. Suggest ways of reducing incarceration; 3. Criticize risk assessment instruments and their use in preventive detention schemes; 4. Discuss the pros and cons of the death penalty, the exclusionary rule, and the insanity defense; 5. Analyze the relevance of neurological evidence in a criminal case; 6. Identify some of the reasons innocent people are wrongly convicted; 7. Elaborate on the role race plays at sentencing and in police use of force, stop and frisk and consent searches and 8. List the types of surveillance technology available to police and the constitutional principles that govern their use. 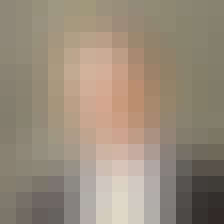 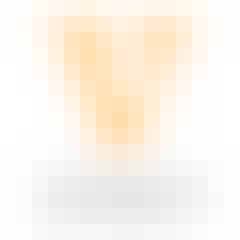 Vanderbilt University, located in Nashville, Tenn., is a private research university and medical center offering a full-range of undergraduate, graduate and professional degrees.

Police Use of Force

4 horas para concluir
5 vídeos (Total 78 mín.)
5 videos
How Often do Police Use Force and Against Whom? (12:40)12min
The Law of Deadly Force and Stop and Frisk (12:07)12min
The Law of Car Stops and Searches (14:48)14min
The Exclusionary Rule and Damages Remedies (16:11)16min
Oversight Boards, Training, and Structural Reforms (21:47)21min
4 exercícios práticos
Police Use of Force Data
The Law of Car Searches
Remedies for Fourth Amendment Violations
Alternatives to the Court System
Semana
6
Semana 6
3 horas para concluir

3 horas para concluir
4 vídeos (Total 59 mín.)
4 videos
The Definition of Search Under the Fourth Amendment (12:09)12min
The Knowing Exposure, General Public Use and Contraband-Specific Doctrines (14:41)14min
The Assumption of Risk Doctrine (20:15)20min
Reasons to Regulate Police Surveillance (12:09)12min
3 exercícios práticos
The Scope of the Fourth Amendment
The Definition of "Search"
The Impact of Surveillance
Semana
7
Semana 7

The course is well designed, and the purpose of the assessment are very clear.

it was so knowled full and it is so fantastically designed.

The course was well designed, delivered and included important topics of US Criminal Justice. The learning was enjoyable as well as kind of depressing (because of the subject matter).