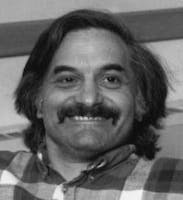 Terry Matilsky has been on the faculty of Rutgers University since 1976. His interest in astronomy began through photography; he started doing darkroom work (remember "film"?) in high school, and after reading a book on astro-photography, he built a 6" reflecting telescope. His undergraduate degree came from the University of Michigan, and he received his Ph. D. from Princeton in 1971, writing a thesis on ultraviolet emission from hot stars using data from rockets that he helped launch from White Sands Missile Range in New Mexico. In 1971, he began work on Uhuru, NASA's first dedicated X-ray astronomy satellite, working with Riccardo Giacconi, Harvey Tananbaum, Herb Gursky, and Ed Kellogg, all of whom became pioneers in this exciting field (and one of whom (RG) won a Nobel Prize in 2002). It was an incredibly exciting time to be alive: he would stumble out of bed every day in Cambridge, Mass. thinking "what amazing thing are we going to discover today?" When he got to Rutgers, he continued to work in x-ray and ultraviolet astronomy, while cultivating an interest in education as well. For seven years, he directed the Rutgers College General Honors Program, designing and delivering a unique course entitled "Physics and Photography", which has been serving as an interdisciplinary honors seminar since the 1980's. For the past ten years, he has given an on-line course in x-ray astronomy for undergraduates and pre-service high-school teachers enrolled in the Graduate School of Education at Rutgers, while expanding his research interests to alternative theories of gravity, attempting to understand the strange motions of stars as they orbit around the centers of their host galaxies. In 2012, he was awarded the Astronomical Society of the Pacific's Richard H. Emmons Prize, given for lifetime contributions to astronomy education.