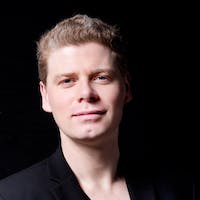 Stefan Al, PhD, is a Dutch architect, urban designer, author, and educator. His design credentials include work on the 2000-feet tall Canton Tower, which was briefly the world's tallest structure. In addition, he served as an advisor to the Hong Kong government, the Chinese government, and the United Nations High-Level Political Forum on Sustainable Development. His latest research is focused on designing more resilient cities, most notably in his book Adapting Cities to Sea Level Rise. His recent book The Strip: Las Vegas and the Architecture of the American Dream (The MIT Press) investigates the city’s experiments with architecture and was named by The Wall Street Journal as “best books to read.” Stefan has directed the urban design programs at the University of Hong Kong and the University of Pennsylvania. He currently is a visiting professor at Tongji University in Shanghai and Pratt Institute in New York. He is an EU-licensed architect and a LEED Accredited Professional and a 2018 TED Resident.