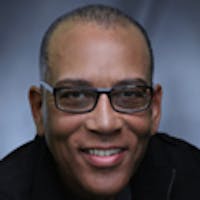 John P. Kellogg, Esq., Director of Masters of Arts in Music Business at Berklee College of Music is an entertainment lawyer and author of a best-selling book on music business-Take Care of Your Music Business, 2nd Edition: Taking the Legal and Business Aspects You Need To Know to 3.0. Kellogg is a former vocalist with the group Cameo and entertainment lawyer for Levert, The O’Jays, Eddie Levert, Sr., LSG, Stat Quo of Shady/Aftermath Records, G-Dep of Bad Boy Records, and the late R&B artist Gerald Levert. In addition to his book, he is also author of numerous legal articles and editorials and has been profiled in Billboard, Ebony, and Jet magazines. Named to Ebony magazine’s Power 150 list of African-American Organization Leaders, Kellogg is seated on the Board of Directors of the Music and Entertainment Industry Educators Association. An inductee into the Black Entertainment and Sports Lawyer’s Association Hall of Fame, he provides radio commentary on Power 620 AM, serves as a judge on Emmy-award winning Community Auditions, and reports about music industry issues on radio and television. His client list includes Eddie Levert of The O’Jays, saxophonist Walter Beasley, Internet sensation Emily Luther, composer Bill Banfield, and gospel artist Jason Champion. He received a Bachelor of Arts degree in political science, a Master of Science degree in television and radio at Syracuse University and the Newhouse School of Communication, and his Juris Doctor at Case Western Reserve University School of Law.