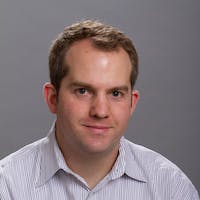 Alex Guerrero is a philosopher specializing in political, legal, and moral philosophy, and topics in epistemology that relate to those three areas.

He is currently working on a book-length project, The Lottocratic Alternative, in which he introduces the “lottocratic” system of government, and argues that the lottocratic system would be better from a perspective of political equality, and that it would produce higher quality and more responsive outcomes than standard electoral representative systems of democracy, largely because it reduces the possibility of legislative capture and improves the epistemic position of legislators. A preview of some of the main ideas is available in his piece, “The Lottocracy,” which was published in the long-form online magazine, Aeon.

He also is working on a number of projects in bioethics, including work on the question of who should get priority in the allocation of scarce medical resources, and on the “second-order” institutional or political question of how those allocation decisions ought to be made. He also has research projects on the moral status of animals and non-sentient life, the relationship between moral responsibility and individual history, the philosophy of punishment and the role of the prison, the ethical and legal questions relating to the treatment and punishment of those with mental health and/or substance abuse issues, and the ethics and epistemology of decision-making under conditions of factual, legal, and/or moral uncertainty.