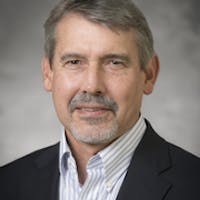 Professor of Public Policy, Political Science, and Environment and Associate Dean for Strategy and Innovation

Frederick "Fritz" Mayer is Professor of Public Policy, Political Science, and Environment and Associate Dean for Strategy and Innovation at Duke University’s Sanford School of Public Policy. Mayer teaches courses on the political economy of public policy, globalization and governance, political analysis, and leadership. In addition, Professor Mayer is the director of POLIS: The Center for Political Leadership, Innovation and Service. Mayer's research concerns the role of stories in politics. His book Narrative Politics: Stories and Collective Action (Oxford University Press, 2014) argues that shared stories are essential tools for enabling communities to overcome free riding and other obstacles to collective action. He is particularly interested in the role of narrative in global environmental politics. Mayer’s second line of research addresses globalization and its effects, with particular emphasis on the labor and environmental impacts of economic integration. His book Interpreting NAFTA: The Art and Science of Political Analysis (Columbia University Press, 1998) chronicled the history of NAFTA and explores the nature of the political processes that created NAFTA. Recent work has involved exploring the policy implications of a world in which most international trade is conducted within "global value chains," and in which a relatively few large firms enjoy considerable power in defining the terms of trade. In addition to his academic experience, Mayer served as senior international trade and foreign policy advisor to former U. S. Sen. Bill Bradley from 1992 to 1993. In previous stints in Washington, Mayer served as an aide to Congressman Sander Levin, as a policy analyst at the U.S. Environment Protection Agency, and as editor at the Close Up Foundation, an educational non-profit organization. From 1997 to 2000, he was director of Duke’s Center for North American Studies. Mayer received an A.B. in history and literature from Harvard College, and an M.P.P. and a Ph.D. in public policy, both from the John F. Kennedy School of Government at Harvard University.