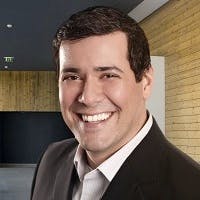 Erick Hyde joined Penn's English Language Programs in July 2011 as the University Connection Counseling Specialist. Working with students enrolled in ELP's University Connection Program, Erick helps students learn about and apply to U.S. university programs. Prior to joining ELP, Erick worked as a university admissions officer for over 10 years. Erick started his admissions career working at his alma mater, La Salle University, traveling throughout the U.S. to recruit undergraduate students to the Philadelphia campus. Shortly thereafter, Erick expanded his recruiting territory to include the entire world as he entered and fell in love with the field of international admission. Since that time Erick has held the position of Coordinator of International Admission at La Salle University, Montgomery County Community College (PA), and Widener University, where he recruited and evaluated applicants from Bachelors degree seekers to Doctoral candidates. Outside of recruitment, Erick is the former co-chair of and now consults for the NACAC Philadelphia National College Fair, one of the largest college fairs of its kind in the U.S., held annually at the Pennsylvania Convention Center. Erick also presented at the triennial Europe and Eurasia EducationUSA advisor training conference in Prague, Czech Republic on the topic of "Different Universities, Diverse Systems: How various universities evaluate the same application" with colleagues from Chapman University and the Belgrade EducationUSA Center. Erick holds a B.A. in Communications and an M.A. in Professional Communications, both from La Salle University in Philadelphia, Pennsylvania.